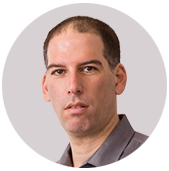 IoT - The game changer that connects us all

It goes without saying; everything today connects to the Internet: smartphones, television, traffic lights, cars and even air conditioners. It’s not only tech companies that are fixated on adopting new Internet-related developments; even the most basic low-tech industries have gone all in on trying to understand how to get maximum benefit from the Internet.

A brief history of industrial revolutions

18th Century: The steam engine is invented: a brand new, extremely efficient mode of transport and an alternative source of power to animals, is now a permanent fixture in the new world. Transportation and industry have changed forever.

19th Century: Innovations such as the telegraph, electric lights and mass production lines enable new industries and opportunities, the likes of which no one would have previously imagined possible.

21st Century: The Internet: the world becomes one small, inter-connected global village. Industry begins integrating cloud computing, data security, Big Data and machine learning, in an effort to push any and all preconceived boundaries regarding the sharing and use of information.

IoT, the Internet of Things, is at the heart of the fourth industrial revolution, one that continues and gains pace every day. This technology can be integrated into production lines, systems, processes and products, enabling a wide range of operations, to be carried out automatically and independently. Through IoT, machines can give us quantitative information extracted directly from the real world. This information, is processed, refined and, finally, translated into qualitative business insights. Every device connected to the Internet can help to streamline businesses, making them more efficient and ultimately more profitable.

Consider a world without IoT…

Imagine the following situation: Your manufacturing plant produces 4000 microchips during every night shift. You arrive one morning, as you do every day, only to discover that the previous night shift production line yielded a mere 1,543 microchips. You urgently summon the night shift manager to your office and demand an explanation. “A malfunction occurred at 1:54 AM” he claims. The reason he gives is a torn band that isn’t held in stock and therefore could not be replaced when the problem arose – so all production was halted. This mess will result in the loss of hundreds of thousands of dollars. And, you will ultimately be held responsible.

Now, let’s imagine that same scenario, but this time you have an IoT system installed on your production line. The day before the potential malfunction, the system detects suspicious movement in the production line engines.  Through the use of advanced computer analysis, the system identifies the problematic engine, marks it as an irregularity and alerts you to the fact that it is likely to stop working in about 36 hours. This early notification allows you to contact the engine manufacturer, who in turn sends a technician with a new engine. The crisis – and subsequent financial loss – are averted.

So, how does IoT actually work?

IoT systems operate in a very simple, coherent way. They ‘listen’ to production lines, collecting data and analyzing it in real time. They then report any deviation from normal operations. Finally, using an advanced forecasting system, they predict future failures, allowing to prevent them before they occur.

The developments enabled by IoT are endless as they are advantageous; the public wants connectivity; industry wants to reduce costs; businesses want economic insights that will help them predict future consumer needs and trends.  An ever-increasing number of manufacturers have begun integrating their products with the Internet, adopting smart interfaces that plug them directly into the IoT revolution. Monumental changes are completely transforming entire industries; the way furniture is manufactured; traffic control systems; the future of space aviation and exploration; all of these are being dramatically affected by IoT.

The process of transitioning to the Internet of Things begins with answering two essential questions: 1. What is the business challenge you want to solve? 2. What do you wish to achieve at the end of the process?  Once this is clear, a feasibility study (POC) is carried out. This will include data collection, linking it to a server, storing, processing and refining it. Ultimately, the information will be displayed, along with detailed predictions of future problems. We know. This may sound complicated. That’s what we’re here for. To find out how we can help your business get the most out of IoT.

Please complete your details and we will contact you

DO YOU HAVE THE